for yardwork, but it was a good day for radio! Cool, rainy and damp weather kept me inside for most of the day, grocery shopping notwithstanding.

This is the first Saturday in a while that I actually got some time to sit down at the radio and get some operating in.  The 17, 15 and 12 Meter bands seemed to be in decent shape and I worked a bunch of European stations today. And W1AW/5 in Texas was so strong that he sounded like he was just down the street. I think I could have worked him with 100 milliWatts, if I had tried.

And this was all icing on the cake as the day started out well with a successful VE session first thing this morning. Only two out of three pre-registered candidates showed up, but both of those passed their exams and earned their Technician licenses (one of the two getting a perfect score!).

This evening I twiddled the dial on 40 Meters and just spent some time listening to various fists. Remember that post I wrote a few weeks ago about atrocious bug fists?  Tonight I heard a guy who was using a Vibroplex Blue Racer that he claimed was manufactured in 1919 (I think that's what he said). I was astounded as I though he was using a keyer and paddles. His fist was THAT good! He was probably clipping in at around 25 WPM or so, but he was a breeze to copy.  I really did think he was using a keyer. His fist was a joy to listen to - the code literally flowed and it was like listening to a symphony. 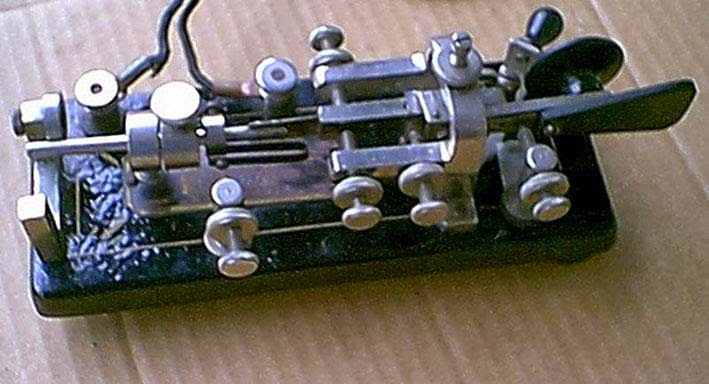 The Ham he was in conversation with was using Bencher paddles and the built in keyer that was in his rig, and he did not sound as good as the guy on the bug!

I wish I sounded that good!