Undoubtedly, most of you are familiar with and may have watched (many times!) the movie "A Christmas Story". 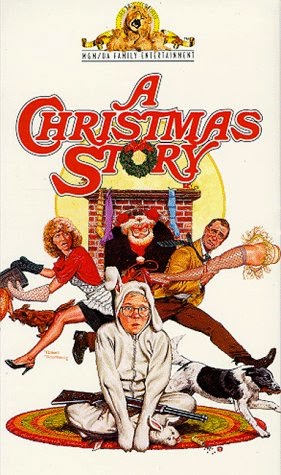 I am hoping that all of you (or at least MOST of you) know that this story was written by one of the most famous Amateur Radio celebrities - Jean Shepherd K2ORS (SK - call re-issued). What you may not know, is that this story originally appeared as only one chapter in Jean's book, "In God We Trust, All Other's Pay Cash".  The story was also published in Playboy magazine (of all places!) under the title "Duel In The Snow, Or, Red Ryder Nails the Cleveland Street Kid".

Shep, as he was affectionately known, had a long running radio program on WOR-AM radio in NYC when I was a kid. If I remember correctly, it began at 10:00 PM, so we had to listen to it clandestinely, with our trusty transistor radios tucked under our pillows with the earphone running to our ears - as this was way past our appointed bed time. On Christmas Eve of 1974 (when I was a teenager and could listen with no bedtime repercussions), Shep gifted his audience with a reading of this hilarious Holiday tale. Here it is for you to listen to - commercials and all!


I hope you enjoy it as much as I do!