There was enough daylight left after dinner to get my antenna chore done. I lowered the one end of the 88' EDZ and placed the W3EDP at that spot on the mast. I will lower the other end of the EDZ over the weekend if the weather is decent, but so far the forecast is for rain. Until then, I neatly balled up the wire and it is resting in a crook where a low branch meets the maple's trunk.

That it's winter and there are no leaves in the surrounding vegetation made the task a lot easier. As posted previously, I had expected the ice layer to be a big problem. It wasn't. What was more of a problem were the spots where there's no grass. That soil is now mud, and it was more slippery than the ice! Twice, I planted a foot and felt it start to slide, like it had a mind of its own. I thought that I was going to end up like a cheerleader doing a split. 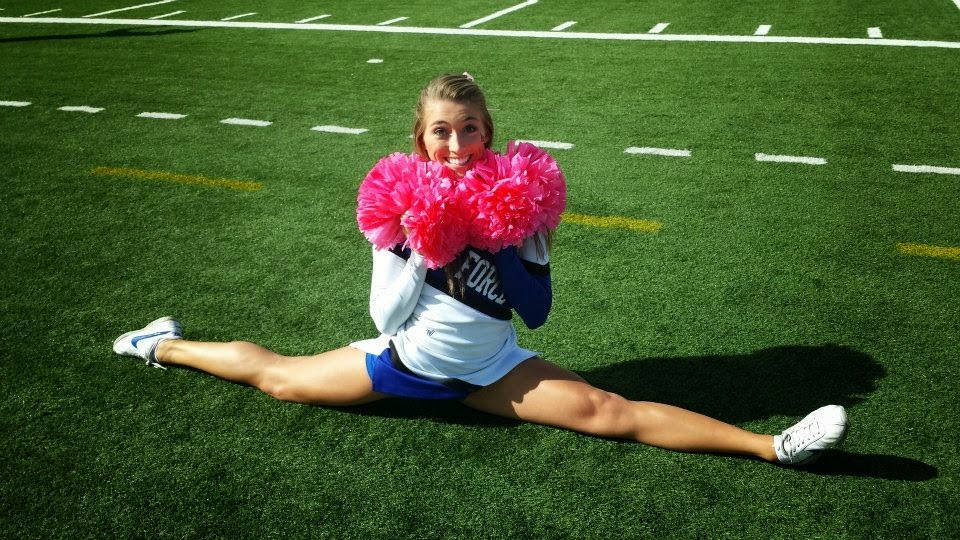 And it's a very good thing that I quickly regained my balance, because if I ended up like the young lady in the photo, I'd probably be typing this from the hospital.

The final test was to try it on the air. The KX3 was able to tune it on all bands without incident, and the first QSO was on 40 Meters with VY2BM on Prince Edward Island.  A few hours later, I nabbed Tom KV2X in NY, who was one of the 80 Meters Foxes.

Currently, the W3EDP is anchored near a peak on the side of our house - at about the 20' level.  From there it heads on out to our maple in the back yard, where I have an insulator hanging at the 30' level. The wire goes through the insulator and makes about a 30 degree bend towards the mast at the other corner of the back yard. It is tied off at the 25' level.

In a few weeks, when it's a bit drier and before the leaves begin to show, I hope to get that insulator up another 10 feet or so.  My W3EDP will end up in an Inverted Vee type fashion going from 20' to 40' (hopefully) to 25'.  Not your standard configuration, but we do what we can to make big antennas fit in very small suburban lots.

It would be nice to be somewhere with lots of spacious property so that I can have a real antenna farm instead of an antenna flower box. Wishes are cheap though, and if I had a nickle for every time I've made a wish, I'd be a millionaire by now. The better thing to do is just be satisfied with what I have, which is a lot more than a lot of folks.