at your next Club meeting?  Plan a presentation or an activity! Publicize it well and ahead of time and you're sure to draw out some people - new faces as well as old. 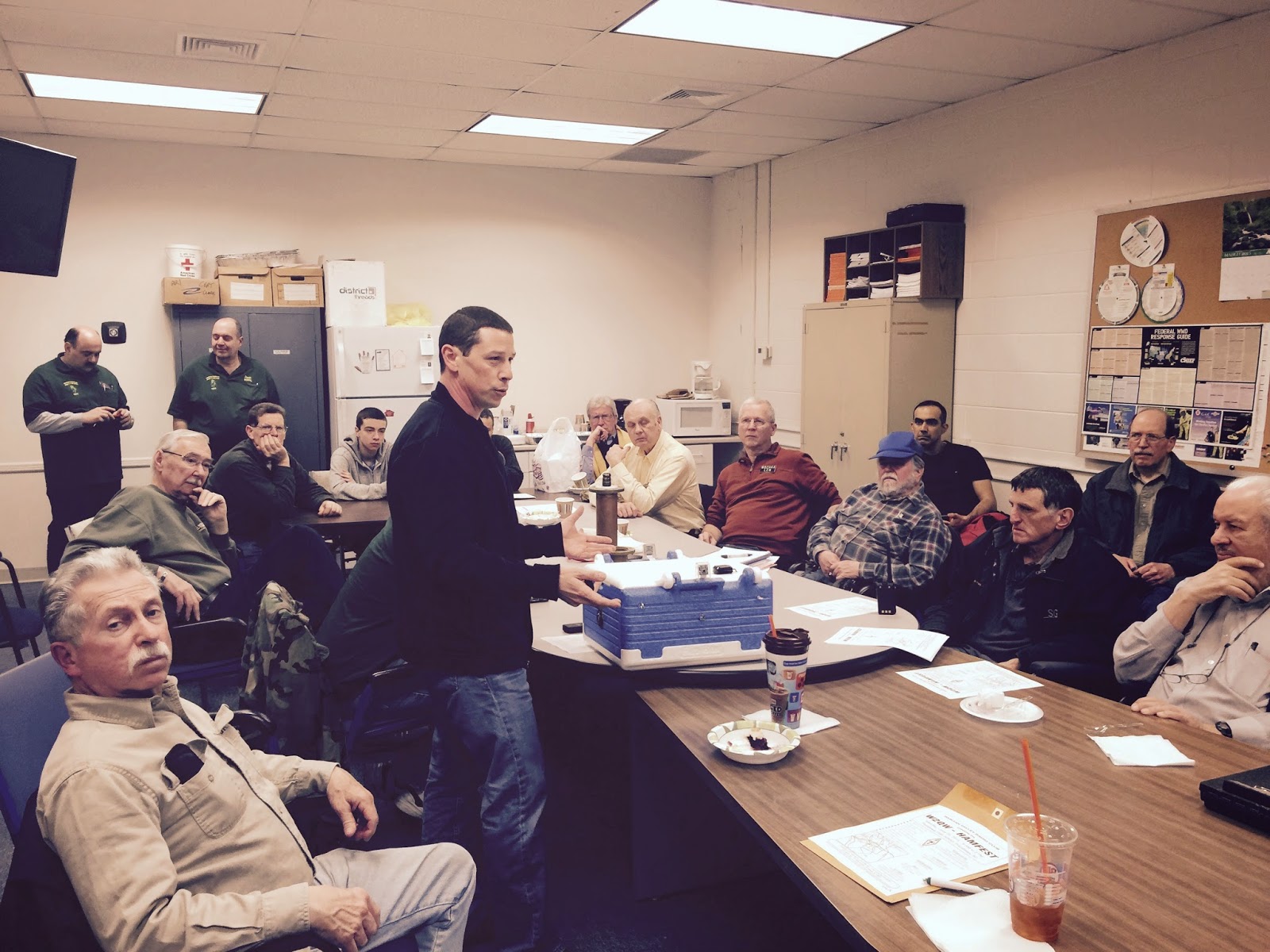 Thanks to Drew Moore W2OU for arranging for Mike Terruso WA4LOQ to come to our ETS of NJ meeting last Friday evening to talk about his high altitude ballooning experiments.  What started out as a science project for his son is turning into a combination of ballooning and Amateur Radio for Mike. In fact, ballooning is what got Mike in gear to earn his Amateur Radio license, as he realized it's potential to help him in his endeavors.

The technology that he uses is interesting. A combination of radios, cameras, Raspberry Pi's, GPS devices, temperature and humidity sensors - it was all fantastic to listen to. I've embedded his YouTube video which is a compilation of stills (taken at 5 second intervals) of his maiden launch last October.  The balloon was released near Lebanon, PA and landed in Boonton, NJ. It's an hour long video, but you can skip around it if you wish to see the "near space" photos which clearly show the black sky of space and the curvature of the earth's horizon. As Mr. Spock would say - "Fascinating!"