SPARC set up NJ2SP to celebrate the 90th Anniversary of the founding of South Plainfield.  Do we know how to pick a day for a Special Event, or what?  It was sunny, hot and humid with temperatures reaching the triple digit mark, as we hit 100F (38C). 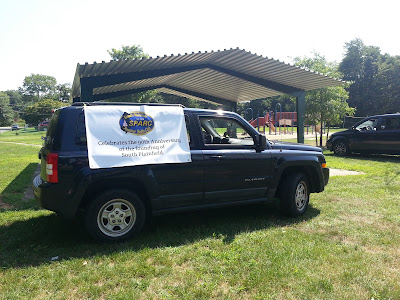 I think Dave KD2FSI put it well when he said, "For KD2FSI and W2LJ, every day is Field Day!" Dave and I brought our equipment to Putnam Park, one of South Plainfield's beautiful parks, and we quickly set up two stations.  Dave set up the SSB station, which worked primarily on 20 Meters, using a Buddipole dipole that Dave erected, using a drive-on mast support, some masting and a painter's pole. 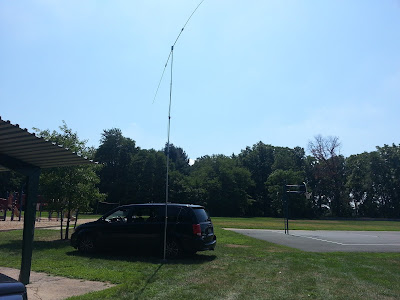 I set up the CW station and today, I decided to use the EARCHI antenna, which consists of 25' of coax to a 9:1 UNUN connected to a 53 foot radiator. 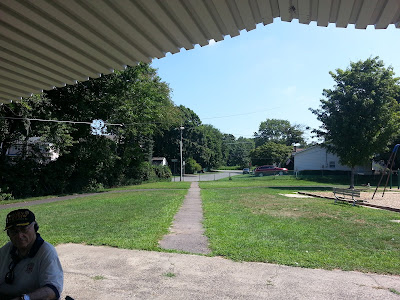 EARCHI antenna going  off into that tree to the right.

You can se the coax and UNUN - if your eyes are good, you'll see the radiator running of into the tree, off to the right.

We had a pretty decent turnout, with lots of Guest Operators as well as some visitors. 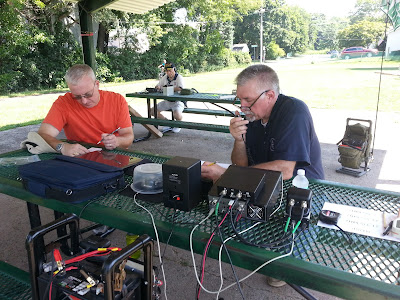 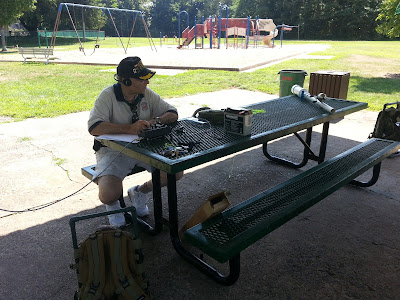 Marv K2VHW taking a turn behind the key at the CW station. 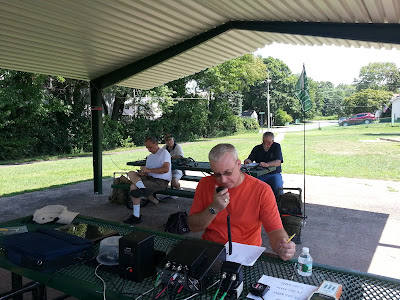 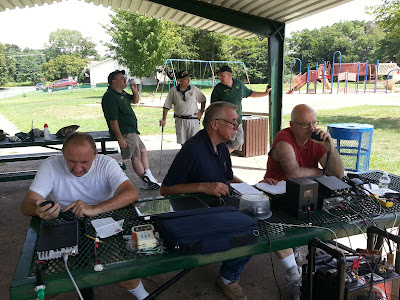 Of course, as during Field Day, NJ2SP operated strictly from battery power. 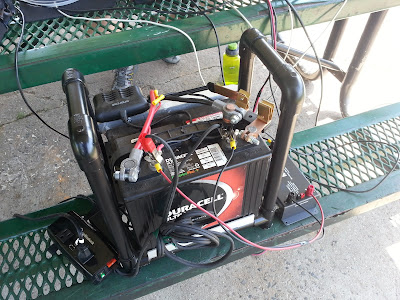 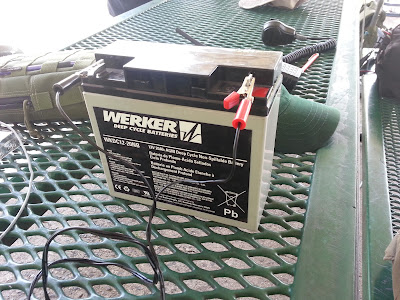 And even though it was hot, and we didn't make scores of contacts, we had a good time and a fun day.  We had some newer Hams, who don't have HF stations at home, sit behind the microphone and work some shortwave.  They had a blast!  We had visitors come and make this a nice social event as well as an operating event. In plain English, we had a good ol' time! 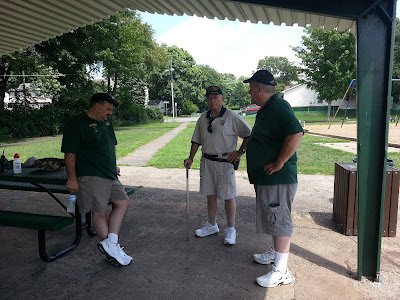 And in the end, that's what this is all about. Getting off our duffs, getting on the air and having fun!