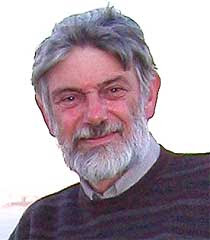 While looking up a callsign on QRZ today, I happened to notice that the Rev. George Dobbs G3RJV will be giving a presentation at the Lough Erne Amateur Radio Club Rally on Sunday 11 April.

This is billed as the "Biggest ever QRP gathering in Ireland" and the presentation will streamed live over the Web. Rev. Dobbs will be giving a talk titled "QRP Why and How", and it will be viewable (for those of us who can't be there), thanks to the British Amateur Television Club and the Internet. For more information, you can visit: http://forums.qrz.com/showthread.php?t=243751. While there will be a Webcast of the entire rally beginning at 11:30 BST, G3RJV's talk is scheduled to occur around 14:00 BST. Can anyone out there inform me (us) how BST relates to UTC? Are they close, or the same for all intent and purpose? I would really like to catch this and would hate to be an hour late or something like that.

I wish I could be there, as not only would it be great to listen to Rev. Dobbs in person, but Dom Baines M1KTA (whose blog is featured on the blogroll) and Brendan Minish EI6IZ will be there. I had the pleasure to work EI6IZ just this past February. He had generated a pileup and I was able to break through it to work him. It would be so cool to be able to pull them on the side and just "shoot the breeze" for a while. In all, it sounds like it is going to be a great event and one that I'm sure will not be soon forgotten.