Struggle for a new one

I worked a new DXCC entity via QRP tonight, and it was a workout.  The funny thing is, the actual distance? Not so much.  This one was a Caribbean Island. And from the East Coast, the islands of the Caribbean are usually not very hard at all.

But conditions on 17 Meters tonight were soupy.  The QSB was rolling in and out.  My quarry was 599 one second and about 569 the next.  But I finally got FJ/K5WE in the log, and worked Saint Barhtelemy for the first time, using QRP power to boot. 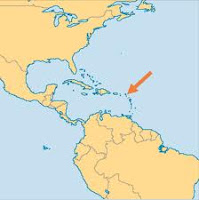 If you look at the map, your first reaction is probably the same as mine. No big deal, right? I mean I've worked just about every single island down that way, many of them lots of times over.  We're talking just a couple of thousand miles - really no big deal even for QRP.  But the pileup was busy and the QSX frequency kept moving.  Once I was able to establish the pattern, it didn't take long.  But because of the QSB, I couldn't hear a lot of the stations that FJ/K5WE was working, so it made establishing that pattern just a little bit tougher. 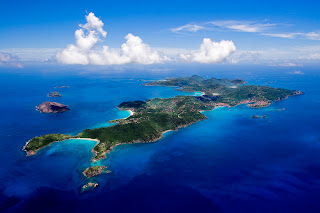 Like I said before, once I was actually able to hear a few of the stations and was able to figure out where FJ/K5WE was listening, I just tweaked my transmit frequency a touch higher and just kept calling until he worked his way up and just kind of fell into my lap.

Conditions are probably just "meh" - definitely not the greatest.  The sunspot number is down to under 100 and the A index is up there.  Not as bad as it was a few days ago, but still not great.  The few Russian stations that I was able to hear were all warbly as if the signals were experiencing polar flutter.  CO8LY was louder than all get out as was H70ORO.  I was surprised that FJ/K5WE wasn't stronger, considering that Eduardo CO8LY was so strong.  Could be an antenna situation, not sure what K5WE is using down there on his tropical get away.