Today during lunch time, the bands once again seemed to be crappy.  I wasn't hearing very many signals on 20 Meters and only one loud one on 17 Meters, an Italian station whose call escapes me at the moment. It was another day of being handed skunk pelt.

So I spent most of the time calling CQ, and not being answered. Oh, and shift the red dot from MO to NJ. 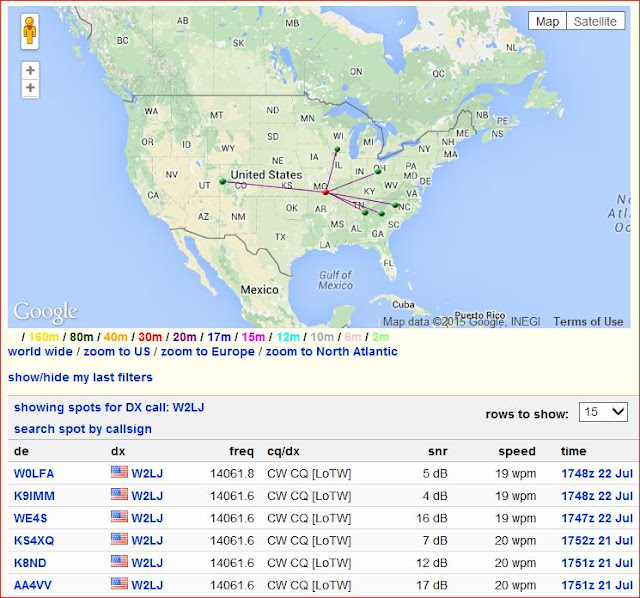 My mind was drifting as the KX3 was keying. I began thinking about FOBB and antennas this weekend. I need to get to the park early, at least an hour ahead of time. I think that in addition to the EARCHI, that I am going to also sling the NorCal Doublet between a couple of trees.  I haven't used the doublet in a couple of years now and in fact, I think the last time I used it was when I was using the K1 as my portable ops rig. If there's not much activity - which I am hoping won't be the case - then maybe I can do some "doublet vs. end fed wire" comparisons, even if it's just reception comparisons.

My NorCal Doublet was built following the building instructions found on the NorCal website, with the exception that I have used light gauge speaker wire instead of ribbon cable.  In the past, I fed mine to my Emtech ZM2 tuner and then coax to the radio. I could also possibly just feed it directly to the KX3 using one of those binding post to BNC adapters to see how the KX3 autotuner will handle it. The KXAT3 is a very wide range tuner that I swear would match up to a strand of wet spaghetti, and it should handle the NorCal easily.  But you always have to keep in mind that just because an antenna is matched doesn't necessarily mean that it's efficient, and that's another discussion for another time. 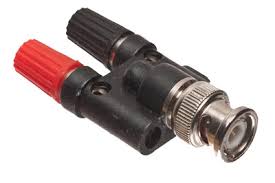 Or, I could also possibly run it to an 4:1 LDG Balun that I have and then run some coax to the KX3. 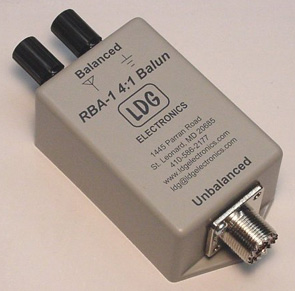 Hopefully, however, the bands will be so good and the activity level will be so high that I won't have to entertain myself by doing antenna experimentation.