1st test was a success

Before I begin, a shout out to all my friends in the path of Hurricane Harvey. Evacuate if you can, hunker down if you can't. Stay safe and don't take unnecessary chances. My prayers are with you. 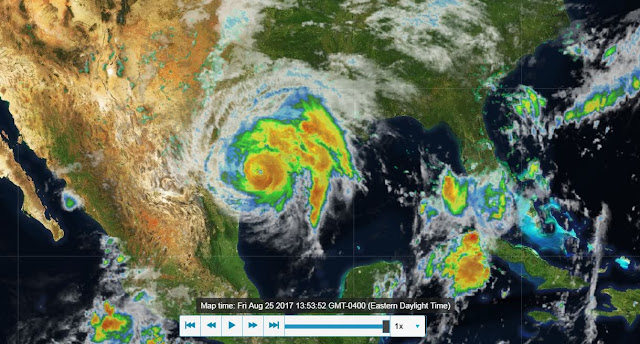 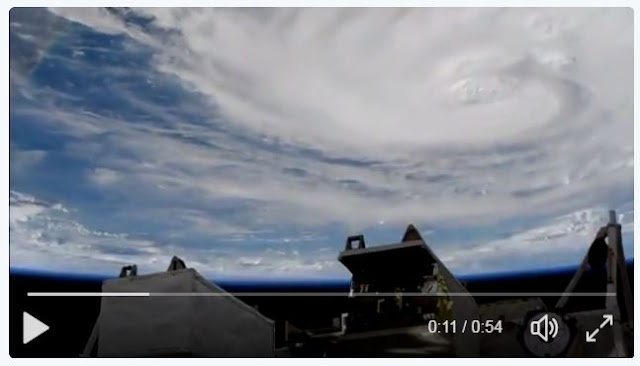 Harvey as seen from the International Space Station 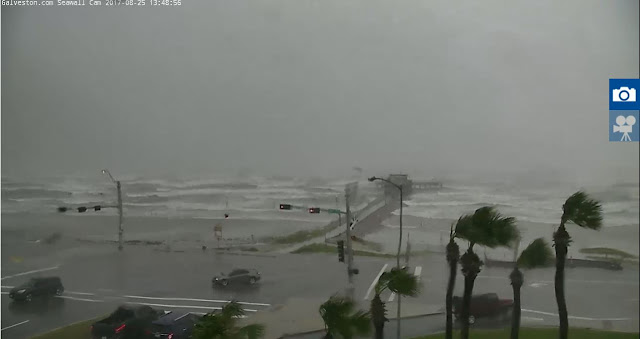 Harvey as seen from the Seawall.cam in Galveston, TX

Last night was the first chance that I had to get on the air after switching out the coax on the Butternut. As I had mentioned in the Skeeter Hunt post, we were away last week on a college open house visit to Virginia. Between the "before trip" planning and the aftermath that always occurs when you get back home, I was radio silent.

I thought that it would be a good idea to jump into the 20 Meter QRP Foxhunt. I haven't participated in it much at all this Summer, maybe only one or two sessions. I figured this would be a good a test as any.

When I got home from picking up my daughter Cara from high school Color Guard practice, I went down the basement a hooked up the coax to the rig and plugged in the power strips. These were all still disconnected since we had left. Someday I'll tell you the story of the routine my wife and I go through before leaving the house on an extended trip. Talk about OCD kicking in!

Anyway, I got everything plugged in, turned on and got the laptop to start the laborious procedure of booting up. I flipped the KX3 to "ON" and set the band to 20 Meters. I put the ear buds on and was greeted by ......... quiet. The background noise was lower than I was accustomed to.  I thought maybe something was wrong. Had I possibly not soldered a PL259 correctly?  But then I thought, "No, when I did the quick listen that Sunday, I heard stuff".  So I twisted the dial and before I could even turn it a quarter of a turn, N0UR's signal came skyrocketing out of the background.  So much quiet and then, "BAM!".  It was like seeing a black lump of coal on a pristine white field of snow, or watching a firework blaze brightly against a dark sky. The contrast between Jim's signal and the lack of background noise was stark. I'm sure it was mostly just band conditions, but it was amazing, nonetheless. I got him in the log on the first try, and then it was off to hunt for K4BAI.

Since I found N0UR, I knew I had to go to the other side of 14.060 MHz to find him as the Foxes always (most always) split up in to a High Fox and a Low Fox. So I twiddled and I listened, then I twiddled and listened some more. Finally, I heard a signal, but it wasn't John - it was a familiar call, one of the Hounds chasing him.  Knowing how K4BAI operates (textbook and professionally) I tuned down exactly 1 kHz.  There he was; but just the faintest of a faint whisper.  My first reaction was that perhaps it was only going to be Jim N0UR in the log, but I decided to sit and listen for a bit. It wasn't like I had anywhere to go or anything else to do. Well, actually I did, but putting the dishes in the dishwasher could wait for a while.

John's signal started to increase, slowly but surely. I thought at first that it was propagation changing and maybe that was part of it, but then I remembered that John owns a beam and he must be turning it North. Eventually, his signal rose up to about 569. Nowhere as loud as N0UR, but surely good enough to make a QSO!  I gave John a call and again - an answer on the first try.  Two Foxes in the books for the night.

I know this itty-bitty sample is nowhere big enough to let me really evaluate how much a change in the coax has made. But so far it seems to be working well. Maybe it's just like getting your prescription changed in your eyeglasses.  At first you notice the big change and then as you get used to it, the new prescription becomes the new "normal".  I'll be more than happy if this perceived hearing improvement becomes the new normal in my shack.