As Elecraft announces the availability of their KXPA1500, full legal power amplifier, it has become apparent that, as you peruse through their Order Page, that the Elecraft K1 has gone the way of the Dodo bird - it is extinct. 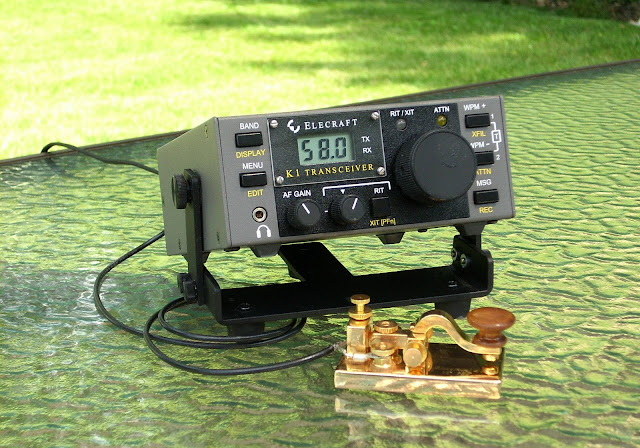 You can still acquire some of the accessory band modules, the autotuner , the noise blanker and the back light modification kit; but that's about it.  I would expect that declining sales; plus the problems associated with purchasing "through hole" components are what led to the demise of the K1.

In the back of mind, I knew the day would come; but it's still a shock to see it become a reality. The K1 was the first transceiver kit that I purchased from Elecraft - in fact, the above photo is "my" K1. I very reluctantly sold it in order to afford my KX3.  I don't regret having the KX3 as it's my dream rig; but I sure wish I could have found a way to afford it without selling my K1.

So if you have a K1, give it a pat on the head for me tonight.