Did you ever hear that phrase ?

"Genius is the mother of invention"

Dave Hackett KD2FSI has come up with another great idea.

This started a few weeks ago when we were doing that Amateur Radio demo for the Boy Scouts at Sandy Hook.  Dave spirally wrapped a wire around his 31 foot Jackite pole and was using it as an EFHW antenna. He bungee corded it to his portable ops pack as a self standing unit.  For the most part it worked until a stiff off shore breeze came up and threatened to tumble everything over. Realizing that discretion is the better part of valor, Dave removed the antenna from his pack and lashed it to the infrastructure of the wooden deck that we were operating from.

He (and I) like the idea of being able to use the pack as ballast, though. So in the best tradition, Dave went back to the drawing board. This is what he came up with. 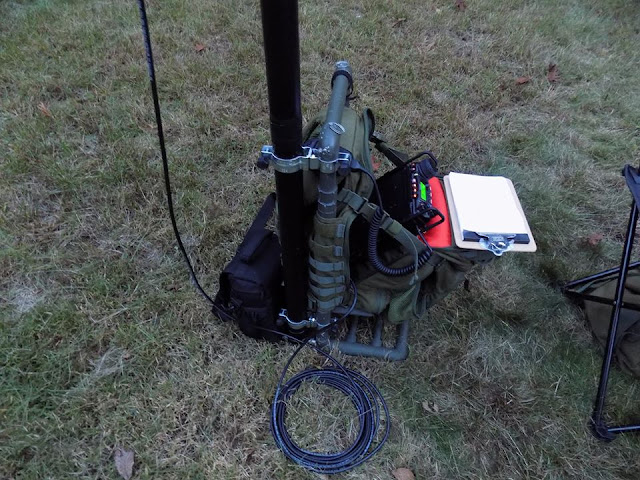 By reinforcing his pack frame a bit, and then attaching some large clamps, he was able to accomplish what he first intended. 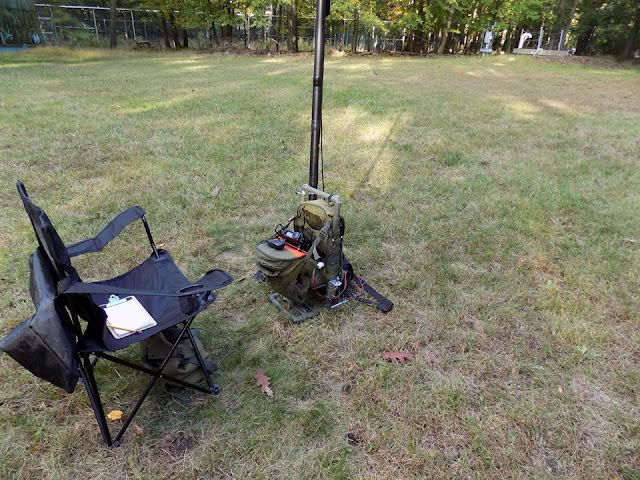 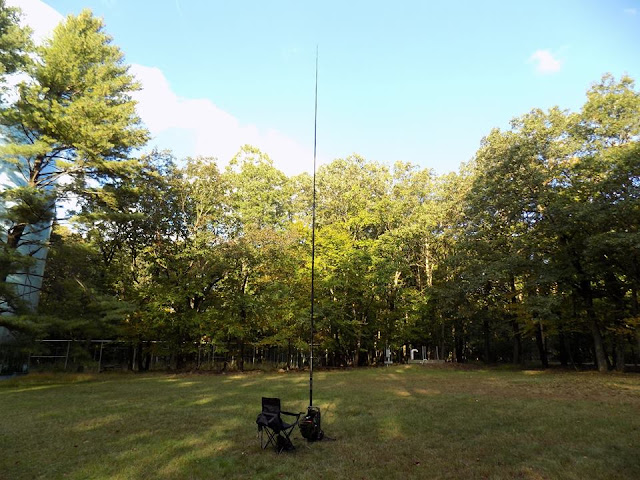 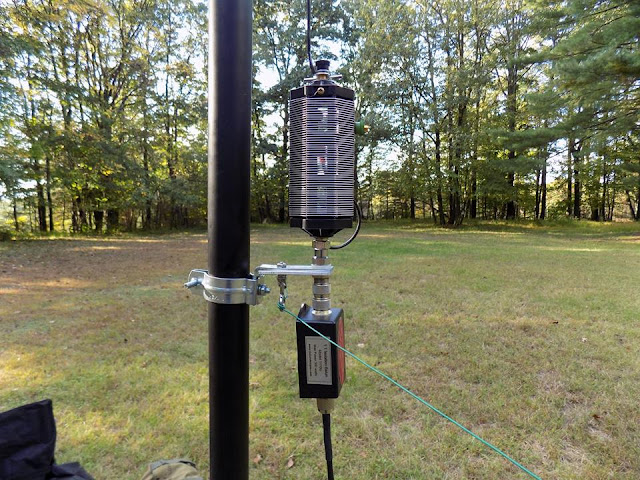 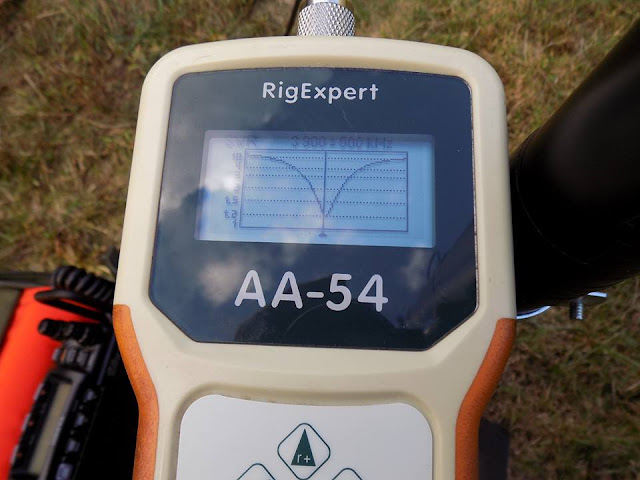 So he now has a deploy-able antenna for 20 and 40 Meters, but also for 80 Meters when he adds the coil. And since it's free standing, he has a solution for tight quarters or when there are no trees or other supports available for a more "conventional" horizontal wire.

72 de Larry W2LJ
QRP _ When you care to send the very least!