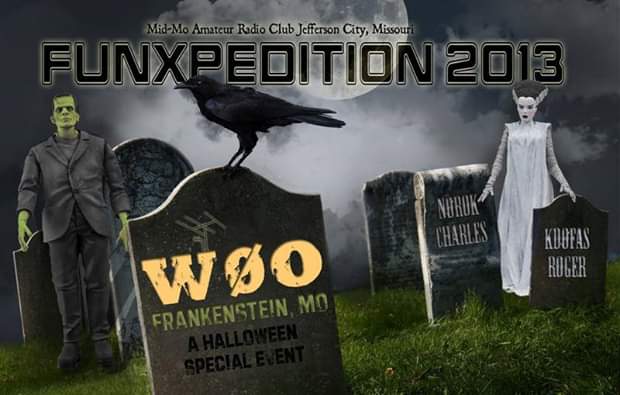 After dinner, I turned on the KX3 and the computer. Turning on Reverse Beacon Network, I saw they were spotted on 30 Meters, but close to an hour earlier. I decided to give them a try, anyway.

Tuning to the spotted frequency, all I heard was noise. "Drat!", I thought I was too late. But before I turned the radio off, I decided to switch from the W3EDP to the HF9V. And surer than heck, there they were!

Igor gave me a 559, and I gave him the same. We finished up and Igor went onto another op. For good measure, I spotted them on the Cluster as well as QRPSPOTS.  I'm not eating candy, so this was my Hallowe'en treat.