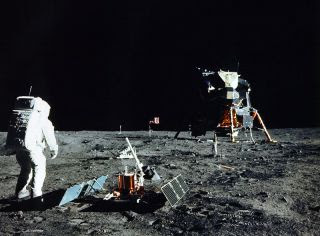 It's so hard to believe that it was 50 years ago today that men landed and walked on the Moon. I was 12 years old and was definitely a "space age kid". Alan Shepard made his sub-orbital flight four days after my 4th birthday, and I can remember watching that on TV.  All the subsequent Mercury and Gemini missions kept me spellbound.

July 20, 1969 was no different. From the launch of Apollo 11 on July 16th to Sunday the 20th I was glued to the TV and Walter Cronkite, in particular. I'll never forget the landing and the moonwalk, Those were heady days, like we felt we could accomplish anything.

Here are photos of the newspapers from that day - I still have these safely tucked away. 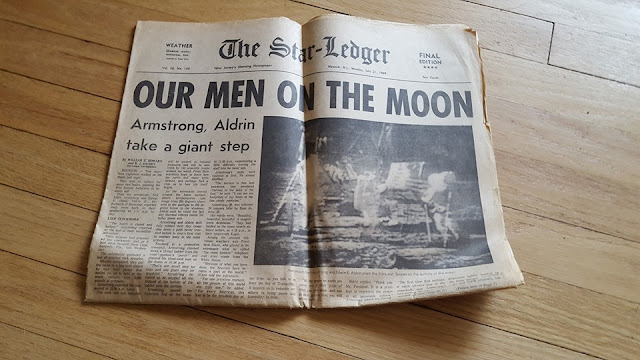 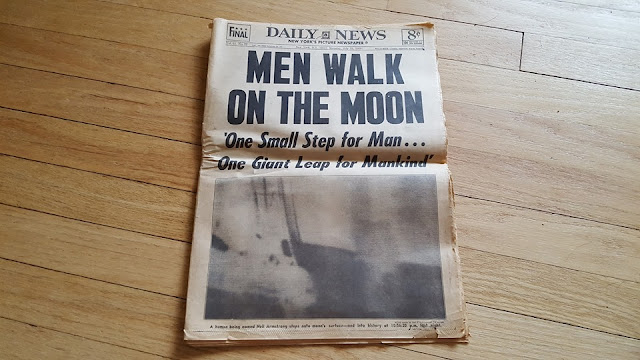 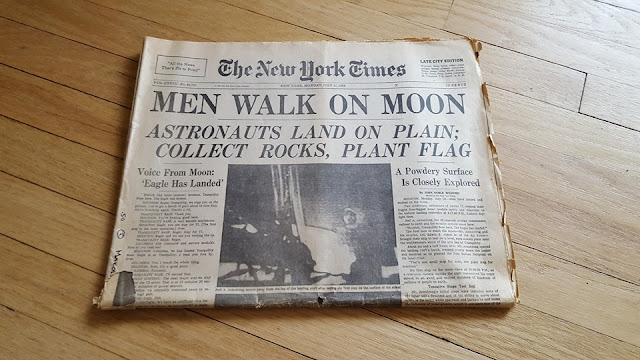 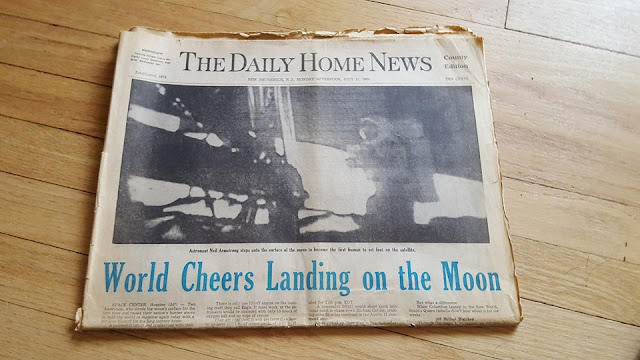 Today I was able to work four of the Special Event Stations. W4A, N0M, K2M and N1A. I almost worked K9MOT, the Motorola Amateur Radio station, but that was a busted QSO. He had me as W2LO before he gave up, saying there was too much QRM and QSB.

I must say, the HamAlert app works quite well. I programmed the SE station call signs in to trigger alerts and it kept me advised, all day. If it weren't for HamAlert, I would have spent more time twiddling the dial than I had to. I would heartily recommend using HamAlert to anyone who desires to be kept abreast of the activity of particular stations.