So I had a conversation with Jeff KE9V on Twitter this afternoon.  It resulted when I saw the following tweet that he posted: 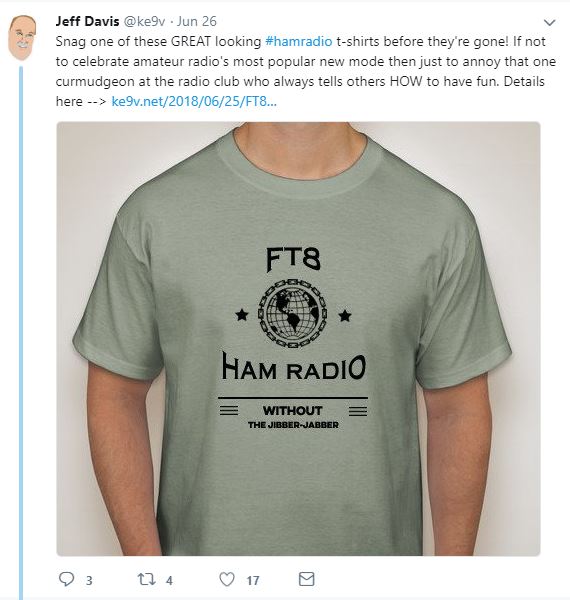 I have to admit, what struck me was the line, "just to annoy that one curmudgeon at the radio club who always tells others HOW to have fun". 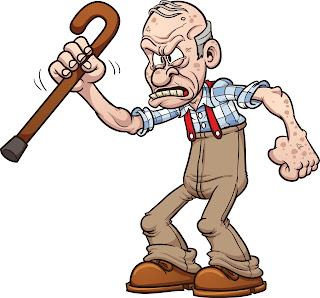 Curmudgeon? Really?  A little background. As you know I live in New Jersey - in the Northeast, the USA's Home of Nasty. Driving on any of our roads, you're more likely to see "the bird" or the "five finger salute" as a stop sign or a traffic cone. Think of Frank Barrone from "Everybody Loves Raymond". That's an example of typical here in New York and New Jersey.

But yet, not in the Amateur Radio world. At least not that I've experienced, in the five or six local clubs of which I have been a member at one time or another during my Ham Radio career. So I answered: "Damn! In 40 years of Amateur Radio, I've never once ran into that fabled "curmudgeon" who actually tried to tell me HOW to have fun, other than by encouraging me to get on the air. For the most part, all of the experienced Hams I have ever met have been kind and enthusiastic."

And Jeff could not believe that. But to be totally honest with you - as God is my witness, with my hand on the Bible, I have NEVER run into anyone who told me (or anyone else that I've been near) HOW to have fun in Amateur Radio, or that something I was doing "wasn't REAL Amateur Radio".

I've encountered inebriated Hams on local repeaters. I've encountered "know-it-alls" who would tell you "THAT'S not how you make a dipole!", but would then show you how to.  I've even had Hams joke about my first few attempts at my homebrewed wire antennas. But I have never, and I mean NEVER, have I had a Ham tell me that something I was doing "was not REAL Ham Radio", or "That HAS to be done this way."

In fact, it's been just the opposite. Some of the most experienced Hams that I have had the privilege to know have been the most supportive and enthusiastic.  Take Jules WV2O (SK). He was a dedicated CW man. He was a Morse operator in the Merchant Marines. He didn't even know what a microphone was. In fact, I'm pretty sure he didn't own one. He had a really stereotypical gruff exterior that might have scared some people away.  He was exactly the type you might expect to say, "Pffft! If it ain't CW, it ain't Ham Radio!" But in fact, he was just the opposite! He encouraged all new licensees to experiment and find out what worked best for them. He certainly was an advocate for CW; but he never discouraged anyone from trying anything that might bring them joy.

And all the Hams I have had the privilege to know have been pretty much the same. Oh, they might make a comment about a new mode with something like, "I don't think that's for me" or something like that; but I have never, ever heard the words "That isn't Ham Radio" or insinuations to that effect.

Maybe I've been lucky. Maybe living in New Jersey gives me a thicker skin. We have a saying here in NJ, when we hear something we don't like, we say "consider the source." So maybe we just don't pay attention to or really even hear negative comments about how we enjoy our hobby. Maybe we ARE just different up here.

So I'll keep on searching for "The Curmudgeon" and while I'm looking for him, maybe I'll find Bigfoot or the Loch Ness Monster.

Email ThisBlogThis!Share to TwitterShare to FacebookShare to Pinterest
Labels: opinion