Flight of the Bumblebees 2010

I think that today, it should have been the Flight of the Butterflies. 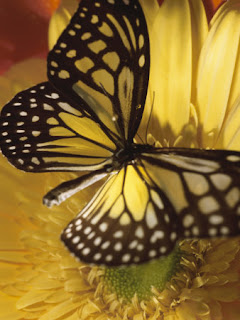 My wife Marianne, who is a nurse, was on call today. That meant, at any given moment, she might have been called in to go to the hospital to administer dialysis to a patient, had the need arisen. With her schedule so uncertain, and not being able to leave the kids home alone (yet), I decided to operate FOBB from the backyard. We have a few butterfly bushes out there; and while I was operating, I glanced over to see a multitude of butterflies feasting on the nectar that the flowers contained.

I set up the Buddistick for 20 Meters, and got on the air shortly after the 17:00 UTC start time. I was glad to be under the patio umbrella as it was about 92 degrees (33C) outside. The first 45 minutes or so went well, and then I heard rumbles of thunder. The sky was starting to get dark and a breeze was picking up; so I decided to take the station apart and head inside. I'm glad I did. The station was packed away in the rucksack and the Buddistick was being put away as the first huge drops of rain began falling.

I waited for a half hour after the last rumble of thunder and got back on the air again. This time from the basement shack and the HF9V. That lasted for all of about 4 QSOs when a deafening static crash advised me that the local thunder was becoming active again. Closing down the station yet again, it was only a few minutes later that I heard a loud, "BZZZZZT" and the power went out. The transformer on the utility pole down the street died yet again; and we were without power for over 90 minutes. I guess I could have hooked the K2 up to a battery to continue, but sitting in a dark basement wasn't appealing as far as logging goes.

A few minutes after the power went out; the downpour really began in earnest. After the last of the lightning and the last rumble of thunder was long gone, and after last raindrop had fallen - the temperature had dropped, too. It went down from 92F to 72F (22C) in about the stretch of about 90 minutes. The scorching heatwave of the week and the Flight of the Bumblebees 2010 edition were both over.