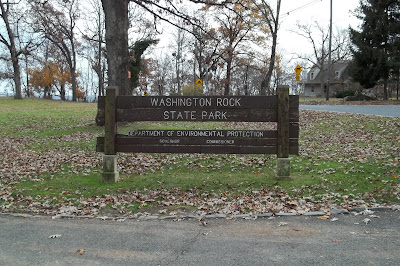 I had a little bit of spare time today; so I decided to head out to Washington Rock State Park, which is all of about 15 minutes from home, in order to activate it for Parks On The Air.  All the equipment was in the car, so I took off and was there in short order.  When I got there, I decided to take a few snaps, first. 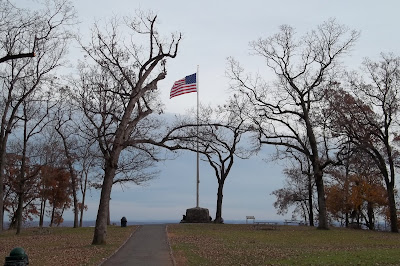 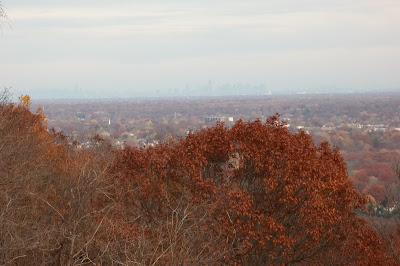 It was from this point on the first ridge of the Watchung Mountains, that General Washington kept tabs on General Howe's troops and troop movements back in 1777.  If you enlarge the picture directly above, by clicking on it, and look carefully through the haze, you will see the New York City skyline. 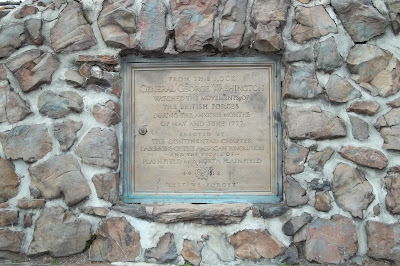 After taking the photos, I headed back to the car and set the 20 Meter Hamstick on top of the Jeep.  I had the PFR3A hooked up in very short order.  The problem was, that when I went to transmit, the radio thumped and kicked out.  I immediately knew what it was; and felt like the absolute greenest of greenhorns.

I have had the radio and all the accoutrement's in the back of the car in a knapsack for a couple of weeks now.  I have had good intentions of getting some lunchtime operating in, even though that hasn't been possible.  We've had some cold weather come through (including that snow storm two weeks ago) and I hadn't taken into account the cold sapping all the juice out of the very small sealed lead acid battery.  Sure enough, when I got home and put the battery on a volt meter, it had fallen to below 10 Volts.

It wasn't the strongest of batteries to begin with and the cold just did it in.  From here on out, I will keep bringing the knapsack into the warm house each evening; and I will also keep a heartier battery in that knapsack. It is said that experience is the best teacher; and I will agree with that, as you can be certain I will make sure to check the battery before heading out next time.