Never too early - less than a month away!

Happy Three Kings or Epiphany - and to our Orthodox brothers and sisters, Merry Christmas!

Now that the Christmas season is approaching its end (next weekend for Roman Catholics), it's not too early to start to think about the inaugural outdoor QRP event for 2013 ........

Freeze Your Buns (or Butt, if you prefer) Off - which should be held the first Saturday of February - the 2nd, which is also Groundhog Day.  So you can freeze your body parts off operating in the Arizona ScQRPions QRP sprint, while simultaneously keeping an eye peeled for groundhogs!

There hasn't been any official notice of any rule changes for 2013; so if you'd like a refresher on the rules that were used last year, click here.

Last year I made 11 contacts using my PFR3A and the Buddistick on top of the car, and the temperature when I started was 45F (7C).  Accuweather is predicting colder than normal temperatures for the second half of January and all of February.  That would be good for a better multipler; but not so great, comfort wise.

Let's hope that it's not like THIS, that day! Or worse yet .... like it was the day before! 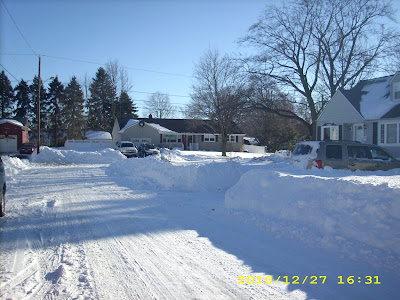