A not inverted Vee 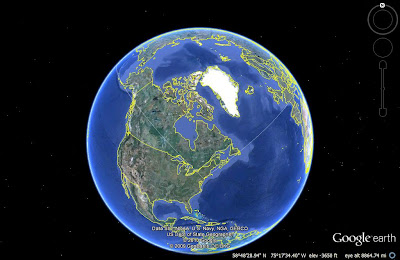 I managed two new accomplishments while waiting for the ARS Spartan Sprint tonight.  Tuning around on 17 Meters, I heard SU9AF in Egypt.  Not a new DXCC entity, as you might remember a blog post from back in early March where I worked SU9VB for my very first Egyptian QSO.  But this time I managed to work Andy SU9AF with just 5 Watts - so a new DXCC entity via QRP.

In the other direction of the Vee, I heard  Ed KH2L in Guam.  Guam would be a totally new one for me.  Ed was kind of loud and I thought I might have stood a chance with 5 Watts, so I tried - a lot!  The pile up was not big, but he wasn't hearing me, even when I was the only one calling. Then a W3 station started calling along with me and he was signing /QRP (that's something I never do).  He wasn't being heard, either.  It didn't look good for QRP signals from the 2nd and 3rd call districts. As Ed was starting to fade, I figured that it was going to be now or never for this chance to work Guam, so I bumped up the power to 85 Watts. Bingo - in the log - first call!

So one totally new DXCC entity and one new one via QRP.  I'll take it!

Email ThisBlogThis!Share to TwitterShare to FacebookShare to Pinterest
Labels: DX