As most of you know, this being the last full weekend of June, it is Field Day Weekend here in North America.  As mentioned in yesterday's post, none of the bigger clubs around here seem to be putting in a big Field Day effort.  Setting up in the backyard and going it alone just seems ...... not sure what to say about that.  Maybe just not right is what I mean.

I hate to be thought of as one who lives in the past; but the Piscataway Amateur Radio Club in its earlier incarnation new how to do Field Day right!  It was a huge effort and was a lot of fun.  Unfortunately, as with all organizations, it seemed like too few people did too much of the work - the ol' 90/10 rule.  But while it lasted it was fun.  Here are some photos of PARC Field Day in its heyday.  There are so many that I will post some today and the rest tomorrow.  I hope my fellow PARC members get a kick out of these. 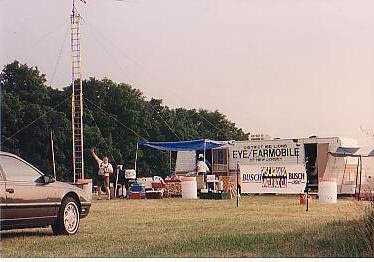 We even had signs to let everyone know what we were doing. Notice our extension ladder tower. 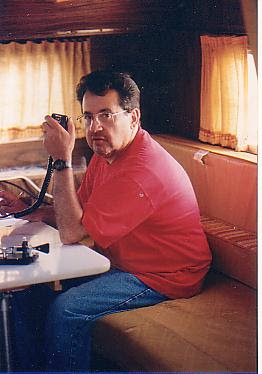 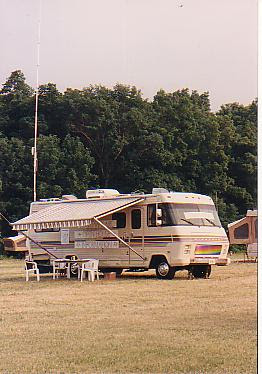 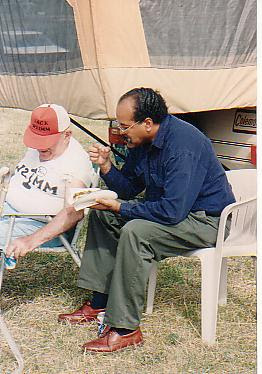 Food was a HUGE part of PARC Field Day, sometimes it seemed it was more important than operating.  Here Jack W2IMM (SK) and Drew W2OU have a bite to eat between operating shifts. 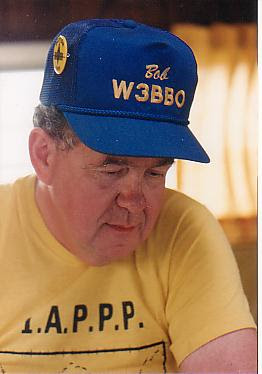 Bob W3BBO putting some time in behind the paddles. 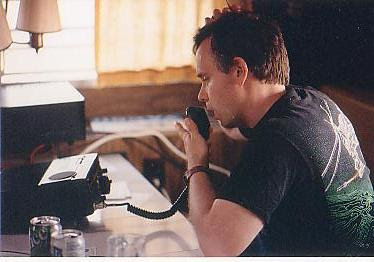 Yours truly early on a Sunday morning. I was so tired that someone shoved a mic in my hand and I actually started using it!  I had a lot more hair and was a lot thinner back in those days!
We operated in a collection of campers, tent, trailers in a soccer field in Piscataway.  Don KO2K who worked for the town always seemed to get the site mowed and sprayed for bugs right before the weekend.  We had an HF beam attached to an extension ladder that we used as a tower. This was always used by the 20M Phone guys.  The CW guys invariably used a dipole some 30 or 40 feet in the air.
When I was one of the club officers, I made a point to stay for the whole 24+ hours of Field Day, usually sleeping in the CW camper that belonged to Rich W2PQ or crashing in Bill W2WK's trailer.  After a long weekend of CW contacts, it was not unusual for me to hear CW in my head for the entire following week!
More photos tomorrow.
72 de Larry W2LJ
QRP - When you care to send the very least!
Posted by Larry W2LJ at 9:00 PM

Email ThisBlogThis!Share to TwitterShare to FacebookShare to Pinterest
Labels: nostalgia