John lives up in Bethel, Maine; but was at his second home near Portland, near the coast.  John was also using a K2 at 5 Watts; but he had a big advantage over me.  His G5RV was up 50 feet, probably in some of those really tall Maine pine trees.   My EDZ is only at the 25 foot level. 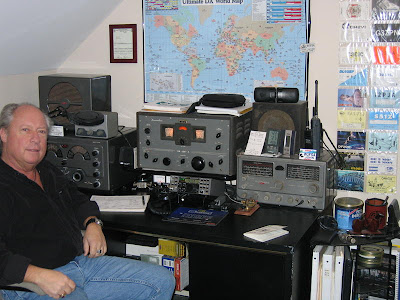 W3FSA courtesy of QRZ.
Anyway, we were having a nice conversation when it happened ......... rumbles of thunder.  That meant on the next go round I had to let John know I was pulling the plug - pronto.  'Twas a darn shame, as it was a nice QSO.
However, safety first - always!
72 de Larry W2LJ
QRP - When you care to send the very least!
Posted by Larry W2LJ at 8:51 PM