As the years turn - resolutions - again! 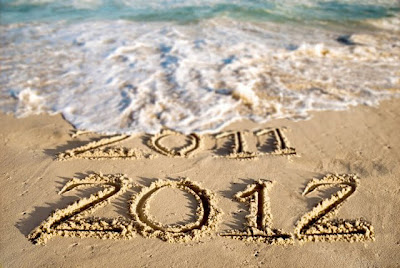 As I stated last night, this includes adding radials onto the base of the Butternut HF9V vertical.  The antenna plays extremely well and with about 25 radials presently, it could use some more.  I know a few (2 or 3) have gotten torn up by the lawn mower or the dog over the years - so adding some more will only help matters.  Didn't get to it in 2011; but hope to in late Winter 2012 before the grass wakes up for the Spring.

160 Meter vertical antenna - in particular, the one described in the August 2010 issue of QST.  It's an easy enough project, I just need to find the time.  I think I get a few additional vacation days in 2012, and hopefully I won't need to use any for surgery this year - so maybe I will finally find the time I need.

Resolutions?  In addition to the ones that carry over from last year, basically only a few.....

2) Get on the air more outdoors. The other goal this year is to get out and activate New Jersey's parks.  There sure are enough of them; and as a member of the Parks On The Air group, it is my duty to at least make an effort.  With a new KX3 sometime in 2012, that will be an even bigger incentive.

3) Get my code speed up to 40 WPM.  Why? Simply because it's a personal challenge and I want to.  I am going to make some high speed code practice discs using Julian G4ILO's software.  The ride to work is roughly a half hour to 45 minutes each way, depending on traffic.  This time can best be used listening to code practice.  I am comfortable at 25 WPM now and can stretch myself to 30 WPM for short periods of time.  I don't desire to be a QRQ operator, per se; but I'd sure like to be able to follow a conversation if I stumble into one.

And of course, there are also a few personal, non-Ham ones that I won't bore you with here.

Now,  I would like to take this moment to thank all of you, my readers for your support in the past.  Please know that you all have my best and most sincere wishes for a most QRP and CW fun-filled,  healthy, prosperous, worry free, peaceful and most happy New Year!