to every cloud. Today was a very busy day; so there was not much time to get on.  But with the little I did get on, I had fun. I managed a half hour window today between the basketball game where my daughter was cheering and an afternoon full of chores, including grocery shopping.

The half hour started by working Mike NF0N as K6JSS/0 from Nebraska on 20 Meters.  I saw him post his frequency on QRPSPOTS, and sure enough, I was able to get him in the log.  There are only two more states to go before "makeup" QSOS begin in earnest, with states who were previously missed.

After that QSO, I headed up to 10 Meters to see who might be hanging around the QRP watering hole of 28.060 MHz.  My CQs snared two 2X QRP QSOs.  The first was with Bojan S51CN from Slovenia. Bojan was running 3 Watts and had a 549 signal here in New Jersey. 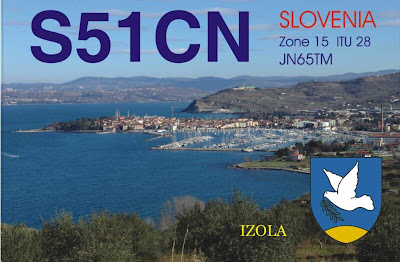 Courtesy of QRZ
The next QSO was with Bill GM4UBJ in Scotland.  This QSO was a little tougher as the QRN on the band seemed to be bothersome for both of us. But I gave Bill a 439 and he in turn gave me a 529. It was neat to see ME posted on QRPSPOTS as if I were rare "DX"! 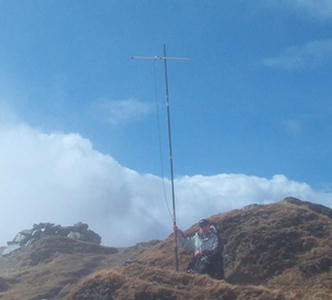 Courtesy of QRZ
Three measly QSOs isn't a lot by any means, especially to you contesting folk out there who can wrap up hundreds in the course of a weekend.  But when the opportunity for air time does not present itself so readily, any successful QSOs that you can have are worth their weight in gold and each is to be treasured like a fine pearl.

A little more evening air time netted a couple more DX contacts.  The first was with the Honduras via HR5/NQ5W on 30 Meters.  The other was with PJ5/DL7VOG, also on 30 Meters, which winds us being a new DXCC entity for me - Saba & St. Eustatius Islands. This became a new DXCC entity in October of 2010, and this was the first for me since then - although I have worked this location before, back when it was considered part of the Netherlands Antilles.

Getting on the air is so much fun - definitely not something to be taken for granted.