Trying to work K6JSS/0 again and not having much luck. No dice on 20 Meters and now not much luck on 80 Meters, either.  I did have an enjoyable QSO with John KQ1P on 40 Meters however.  John lives up in Orland, Maine and we've worked each other a few times in NAQCC Sprints.  It's always nice when you can ragchew with a station that you've previously only had brief contest QSO with.  John was running 1 Watt and was sounding superb! 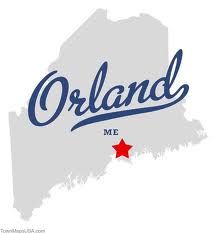 The weather was furious during our QSO!  I heard heavy rain, turning to sleet, pounding against the basement casing window.  Then I heard the thunder.  That caused me to do a double take, as I've heard thunder in the summer and even during a snow storm.  This was the first time I've heard it when it was icing outside.

Mark Twain once said, "If you don't like the weather in New England, just wait a few minutes." The same can be said of New Jersey.  Last Friday it was Summer. Today it was back to Winter with thunder thrown in for good measure!

The thunder made me pull the big switch for a bit.  After a 20 minute wait, I have the rig on again and am listening to K6JSS/0 calling CQ on 80 Meters.  Not many takers; but once again, my puny lil' signal isn't being heard, either. The QRN and static crashes are fierce on 80 Meters, not making it the most enjoyable listening experience.  Remember that old "Our Gang" short, when the Little Rascals went to the radio amateur hour show and Spanky kept on throwing light bulbs on the floor and it blew out the ears of the radio engineer who was monitoring the broadcast?  80 Meters is like that here tonight. 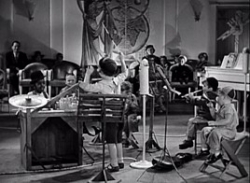 PS: A few hours later and it keeps changing from ice to rain to snow and back through all three.  There must be bands of air of varying temperatures causing the precipitation to change its form every ten minutes or so - very weird.   Also, 40 Meters once again turned out to be the proper band for working K6JSS/0.  When John N0EVH mentioned that he was taking a break from operating for a few,  I posted a quick plea for some 40 Meter airtime via QRPSPOTS.  I saw that he resumed operating on 7.115 MHz and tuned right in.  He was very clear without much QRN or QSB. In fact, this was the best I had heard him all week!  I managed to ger K6JSS/0 in the log right after John finished a QSO with AB7CE.  John, if you should happen to read this - thanks so much for being so kind and accommodating.  I hope to return the favor later this Summer as K6JSS/2.
Posted by Larry W2LJ at 9:16 PM