As forecasted, it was a sunny and beautiful, if slightly chilly day here in Central NJ.  Seasonable for mid March (the first day of Spring!); but chilly compared to the Summer like temperatures that we had on Friday.  In any event, the weather was conducive to antenna work, and I got the work done that I had planned for the day.

The first order of business was to take down the G5RV.  It didn't come down without a bit of a struggle.  Perhaps it sensed its fate and didn't want to be retired!  It kind of "grew into" the tree; or perhaps the tree grew around it.  It was with considerable effort that I managed to untangle the legs and the feedline from the branches that have grown quite sturdy since the install so many years ago.  It did not come down in one piece either. Once I got the center insulator down, I had to cut off one of the legs and pull it down from the anchored end in order to free it from the tree's grasp.  If you're at all familiar with the Peanuts comic strip, then you know about Charlie Brown's escapades with his "kite eating" tree.  Mine seems to like antenna wire so much that it didn't want to let go!

A close examination of the antenna post-mortem revealed why it had become such a poor performer recently.  Last summer, while trimming some nearby hedges, I must have grazed the window line without even realizing it.  Part of one of the feedline legs was pretty chewed up.  Not all the way through, but looking at it now, it makes sense as to why all of a sudden the performance factor decreased.  Note to self - be more careful with the hedge clippers in the future.

The 88' EDZ went up without any problems.  The new window line is much more robust.  I didn't worry about the exact length so much, I just used enough to get to my 1:1 balun.  From there I just hooked up the coax I had, which is still in excellent shape.  The PL-259 was so bright and shiny after the dozen or so years it's been out there, to the point that I was quite surprised  I must have done a decent job of weatherproofing it.  I still want to get some sort of plastic box to protect the balun from the elements, though. 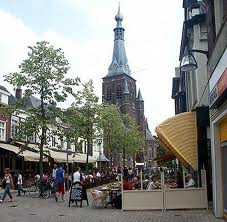 Not bad for a first contact with a new antenna!  The real test will be to see how it perform in tonight's Run For the Bacon - the monthly QRP Sprint of the Flying Pigs.

On another note, today was the day that the 4A4A DXpedition was supposed to pack up for the return trip home.  I never made contact; and it wasn't for lack of trying  It would have been interesting to see if the new antenna would have done the job.