Today was a mixed bag on the Amateur Radio bands at station W2LJ.  First off, the bands were hot!  On 20 Meters, I even heard a VU4 station who was quite loud.  I don't often hear that part of the world so clearly here.  It was good to hear the VU4 station, it was not so good to hear the melee that ensued.

Of course, some idiot just HAD to come on and start deliberately jamming the transmit frequency, spoiling the fun for everyone.   But what followed was even worse.  Stations were sending "messages" to the jammer, using words that I had never even heard sent in CW before!  It was one of the few times that I was very glad that my kids don't understand Morse.  First off, guys, the jammer can't hear your "expletives" as he's too busy doing his juvenile thing.  Second, there's no need to stoop to that level by pounding out such inappropriate language.  As soon as that garbage started, I hightailed it out of there and fast.

17 Meters proved to be hot, also.  I worked VE5BCS in Saskatchewan and then GD4RAG for a new QRP DXCC entity, the Isle of Man.  That brings me up to 110 worked.  I was a bit surprised that the pileup for John wasn't a little bigger.  I saw him posted on the DX Cluster; and when a station has been posted, it's generally a tough go QRP-wise.  I also worked a couple of stations from Denmark, using the newly installed EDZ.  So far, so good, for the new antenna.

Then I hopped back down to 20 Meters; but stayed near the QRP watering hole, 14.060 MHz.  It was there that I heard OK1AQW calling CQ.  I answered him and Zdenek came back to me - and we actually had a short QSO!  Zdenek lives near Zamberka, which seems to be a more rural area of the Czech Republic.  It was cold and sleeting at his location.  Zdenek was pumping out 10 Watts to his dipole located in his garden; and he was a VERY solid 569 into New Jersey.  No problems at all copying his nice fist. 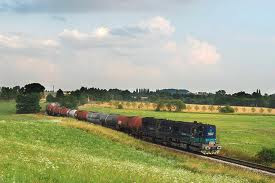 Having a QSO with a DX station that involves more than "599 TU 73" is way cool!  Even though our QSO lasted but a few minutes, at least it felt like we actually communicated something other that RSTs.  I really don't like those "Wham, Bam, Thank You, Ma'am" type of DX QSOs.  I understand their places in contests and DXpeditions; but weekend QSOs like this can be so much more!

BTW, tomorrow night is the NJQRP Homebrewer Sprint.  It runs from 8:00 PM to Midnight, Eastern time.  I'll let you determine when that is in your time zone.  For the rules, you can visit:

All the basic information is there.  And for you guys out there who aren't into CW, this Sprint also makes for the use of PSK31.  So jump in and join in on the fun!  And to make matters even better, George N2APB posted this on the NJQRP e-mail reflector tonight:

Get on the air tomorrow evening, even for just a few contacts!  See below and http://www.njqrp.org/data/qrphomebrewersprint.html for all the details.  (The dates are indeed correct on the website).